Disclaimer: Before proceeding further into this article, please note that Cannalogue does not endorse taking CBD while breastfeeding and would like to caution all readers to consult with their family doctor if it is something they wish to pursue.

Post-partum depression (PPD), also called postnatal depression, is a type of mood disorder associated with childbirth.  As many as one in five women suffer from PPD, according to the Centers for Disease Control and Prevention (CDC). Most new moms experience postpartum “baby blues” after the first two to three days of childbirth, where they can have mood swings, crying spells, anxiety, and difficulty sleeping. Baby Blues can last up to two weeks. PPD is deeper depression than the “baby blues” and it usually starts within the first month after childbirth and can last weeks to months.

PPD signs and symptoms may include:

PPD is clinically no different from a depressive episode. The symptoms are the same as in general depression and must meet the same criteria for diagnosis. The treatment of PPD often focuses on motherhood or infant care.

CBD has been touted as an alternative treatment for a number of medical conditions, including PPD, that boast anti-inflammatory, antioxidant, anti-psychotic, anti-convulsant and antidepressant properties. However, the question still remains if it is safe while breastfeeding your newborn and more studies need to be done about CBD oil and breastfeeding.

What is CBD Oil?

CBD oil has been steadily becoming popular because of its anecdotal and reported health benefits.  CBD is different from tetrahydrocannabinol (THC), which is the active ingredient of marijuana, and it does not give the mind-altering “high” that THC creates. CBD oil is a standard preparation in terms of medical treatment and can be available as a concentrated product if a large dose is needed.

What is the effect of CBD oil and breastfeeding?

Currently, there is no comprehensive research studying the effects of CBD on the developing fetus, pregnant mother, or breastfed baby.  There are not enough short-term or long-term studies either about CBD oil and breastfeeding. More data is being collected to study the possible harmful effects of CBD during pregnancy and while breastfeeding.

While it has been shown that THC passes through the breastmilk and can negatively affect the infant, the effects of CBD oil on newborn babies are still not known. It is worth noting, however, there are some cannabinoids naturally present in the breast milk already, produced by the mother’s own endocannabinoid system.

CBD has been an increasing focus of medical research and has shown medical benefits in a variety of conditions. It has been found to reduce depression, mainly affecting the neurotransmitter anandamide. Anandamide is synthesized in areas of the brain where memory, motivation, superior cognitive processes and movement control are managed. It is commonly called the “bliss molecule” and it influences physiological systems such as pain, appetite regulation, pleasure, and reward.

For some new mothers, they might experience nausea while breastfeeding due to the letdown reflex caused by the release of the hormone oxytocin. This is common during the first few weeks of nursing and can accompany fatigue and inadequate food intake.  Studies have shown that certain strains of CBD oil can reduce nausea and increase appetite. This can help new mothers to increase their caloric intake as they need more extra calories while breastfeeding.

Due to the demands of nursing the newborn baby, CBD oil has been shown to help improve sleep quality and manage insomnia. It reduces the production of cortisol, the stress hormone and can help you go back to sleep.

It is important to weigh the risks versus benefits for the mom and infant when considering taking CBD oil while breastfeeding. In animal studies, high doses of CBD in pregnant test animals have caused problems with the reproductive systems in male fetuses. There is also some amount of CBD transferred to babies through breast milk and could potentially affect the newborn. However, more research will need to be conducted to study the effects of CBD oil on breastfeeding.

What is the current recommendation about taking CBD oil while breastfeeding?

As of now, the recommendation of The American Academy of Pediatrics (AAP) and the American College of Obstetricians and Gynecologists (ACOG) is to counsel mothers wishing to breastfeed to abstain from all cannabis products. The FDA and Drug Administration has put out a warning advising people against using marijuana of any kind – specifically CBD and THC – during pregnancy or while breastfeeding.

There are no real human studies evaluating the effects of CBD oil on the maternal-fetal relationship and breastfeeding.   Research has yet to confirm the exact effects of CBD to an infant and only minimal amount makes it way to the breastmilk. Make sure to consult your doctor if you decide to try CBD oil while breastfeeding. 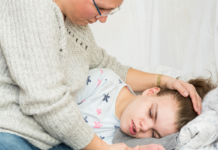 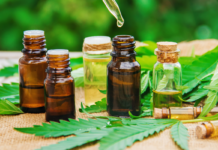 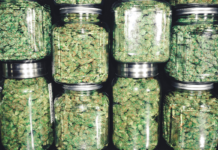 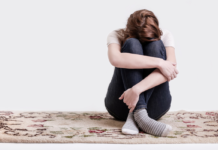