The use of medical cannabis has been on the rise for the past decade. However, even though its popularity is high, the data regarding the safety and effectiveness of the different cannabinoid compounds is currently being gathered and being studied with more information being added everyday. Due to the production and governmental restrictions in place, the medical uses of cannabis need further rigorous testing to gain a full picture of its therapeutic effects. The research about the safety and efficacy of medical cannabis is increasing and it is becoming a mainstay alternative treatment being considered.

Medical cannabis refers to the use of cannabis or cannabinoids as medical therapy to treat disease or alleviate symptoms. It is increasingly being prescribed in clinics for various clinical reasons apart from cancer and chemotherapy symptom relief. Medical cannabis is available in different formulations and can be administered orally, sublingually, or topically. It can also be smoked, inhaled, or mixed with food or drinks.

The mechanism of action for any of the cannabinoids was determined with the discovery of CB1 and CB2 receptors. Numerous cannabinoids compounds present in medical cannabis interact with these receptors to produce responses of varying degrees and efficacy.  Tetrahydrocannabinol (THC) is the primary psychoactive component of cannabis and it acts primarily as a weak partial agonist of CB1 and CB2 receptors, acting through the endocannabinoid system. It has well known effects on pain, appetite, digestion, emotions, and thought processes. Cannabidiol (CBD), in contrast, has little affinity with these receptors and it is a negative allosteric modulator of CB1. CBD is non-psychotropic and has been shown to have analgesic, anti-inflammatory, anti-anxiety, and anti-psychotic effects.

The efficacy of medical cannabis as a treatment is multi-modal. It can be used to treat multiple symptoms and conditions concurrently. Medical cannabis can be a useful treatment of conditions which lack effective conventional therapeutic options or where the side effects of the treatment outweigh the benefits.

Some of the diseases and conditions that medical cannabis is being used as an alternative treatment are as follows:

Despite the various available anti-epileptic medications, around 30% of patients with epilepsy remain refractory to conventional treatments. Hence, some patients search for other therapeutic options such as medical cannabis, specifically CBD-enriched cannabis oils.

The early evidence from research studies and anecdotal reports over a number of years show that cannabidiol (CBD) could potentially help control seizures. Epidiolex, which is made from CBD, has recently been approved as a therapy for people with very severe or hard to treat seizures, specifically Lennox-Gastaut syndrome and Dravet syndrome. Epidiolex’s effectiveness was studied in three randomized, double-blind, placebo-controlled trials involving 516 patients with either Lennox-Gastaut Syndrome or Dravet syndrome. It was found that when Epidiolex is taken along with other medications, it was shown to be effective in decreasing the frequency of seizures compared to placebo.

Because of the association of CBD with reduced seizure frequency, this increases the quality of life among adolescents with Lennox-Gastaut syndrome and Dravet syndrome.

Nausea and Vomiting Due to Chemotherapy 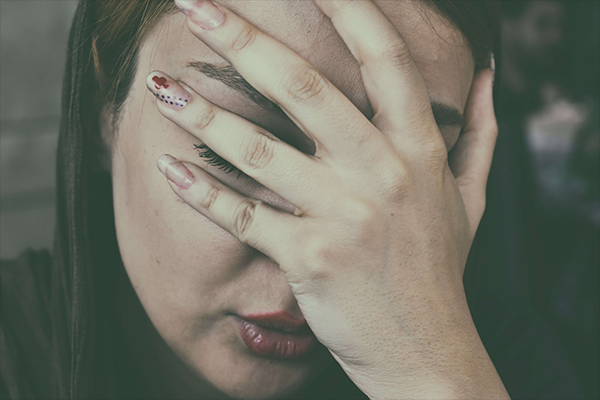 Pre-clinical studies show that certain cannabinoids are able to suppress acute nausea and vomiting as well as anticipatory nausea. All studies that assessed the efficacy of medical cannabis and its derivatives suggested a greater benefit compared to placebo and other alternatives, although not all results were statistically significant.

The average number of patients showing relief from nausea and vomiting was greater with cannabinoids compared to placebo.

Pre-clinical studies show that certain cannabinoids are able to suppress acute nausea and vomiting as well as anticipatory nausea. All studies that assessed the efficacy of medical cannabis and its derivatives suggested a greater benefit compared to placebo and other alternatives, although not all results were statistically significant.

The average number of patients showing relief from nausea and vomiting was greater with cannabinoids compared to placebo.

Cannabinoids appear to have numerous functions in the digestive system and they are involved in the inhibition of gastric acid production, GI motility, secretion of enzymes and transport of nutrients, and the attenuation of visceral sensation and inflammation. In inflammatory bowel diseases (IBD), there are changes in the levels of endocannabinoids, cannabinoid receptors and endocannabinoid synthesizing and degrading enzymes. Due to the actions of medical cannabis to the endocannabinoid system, it may limit intestinal inflammation and disease severity to different degrees.

However, there is only a small number of clinical studies involving patients having IBD and having failed conventional treatments that reported improvement in a number of IBD-associated symptoms with smoked cannabis so more studies will need to be performed to ascertain medical cannabis’ full effects. 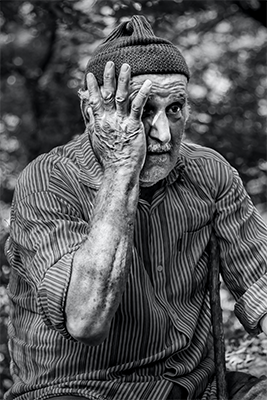 Medical cannabis is now being used as an alternative medicine for pain. It has been shown to reduce pain but the exact mechanism is still unknown. In clinical and research studies, CBD appears to act on the body’s network of endocannabinoids and cannabinoid receptors, causing modulation of pain and increasing the ability of the body to minimize pain.

Additionally, CBD also acts on inflammation and can act as an opioid sparing agent, potentiating its effects by allowing lower dose to be effective. By acting synergistically with the opioids, lower opioid doses are needed and this results in lesser side effects.

Glaucoma is a group of eye conditions that collectively damage the optic nerve and it is often caused by an abnormally high pressure in your eye. It is one of the leading causes of blindness for people over the age of 60. There is limited evidence from small clinical studies that suggest oral administration of THC reduces intraocular pressure while oral administration of CBD may, in contrast, cause an increase in intraocular pressure.

The mechanism of how cannabinoids reduce intraocular pressure is unclear but several possible mechanisms have been proposed such as reduction of capillary pressure, decreased aqueous humour production, and improved aqueous humour flow within the eye.

While smoking or eating medical cannabis has been reported to reduce intraocular pressure, this beneficial effect seems to be only lasts for a short duration and the treatment doses is limited by the unwanted physical and psychotropic effects.

Nabiximols, which is an oromucosal cannabinoid spray derived from the Cannabis plant extract, has demonstrated great benefit in the treatment of spasticity in patients with MS. It has been shown that in addition to reducing spasticity, it can also provide other beneficial effects, such as sleep improvement and reduced urinary incontinence. Because of its efficacy in MS, nabiximols is also under further investigation for use in treating spasticity caused by other sources such as post-stroke syndrome.

Nabiximols has also been shown to reduce MS-related pain, with patients reporting significantly lower pain level on the pain numeric rating scale. It is, however, possible that the reduction in pain is due to the reduction of spasticity.

Furthermore, even though the evidence is limited and the results are mixed, pre-clinical studies suggest that certain cannabinoids modestly delay disease progression and prolong survival in animal models of amyotrophic lateral sclerosis (ALS).

The efficacy of medical cannabis in sleep disorders have been shown to be dose-dependent. Low doses appear to decrease sleep onset latency and shown to be associated with greater ease in getting to sleep. It also increases slow-wave sleep and total sleep time. High doses, on the other hand, appear to cause sleep disturbances, causing a reduction in the total REM sleep and REM density. Furthermore, because of the long effect and half-life of THC, the sedative effects may typically persist into the day following administration.

However, with regards to whether certain cannabinoids may improve sleep in patients with disturbances in sleep associated with certain chronic disease states, more investigation and clinical trials are needed.

The efficacy of medical cannabis in increasing appetite and caloric intake and promote weight gain in patients with HIV/AIDS is still under further investigation and the evidence has been mostly anecdotal for decades. The results from epidemiological studies suggests that people who are actively taking medical cannabis as an alternative medicine have higher intakes of energy and nutrients than non-users.

Numerous studies have shown that there is a high concentration of CB1 receptors in brain areas associated with control of food intake and satiety, thereby supporting the link between cannabis consumption and the regulation of appetite. From the current research studies, the cannabis-associated increase in body weight in patients who consume medical cannabis appears to result from an increase in body fat rather than lean muscle mass.

Can medical cannabis interact with other drugs?

Medical cannabis can interact with any other drugs such as sedatives, anxiety drugs, antidepressants, and opioids. It can impair judgement, memory, concentration, coordination, and decision-making.

There are some drug interactions that have been studied during the studies of CBD in epilepsy syndromes. People who were taking valproic acid were found to have increased liver enzymes when CBD is taken after and this may put some people at risk for liver disease. People who are taking clobazam have also reported tiredness when they take CBD.  It was also found that oral cannabidiol may increase serum levels of eslicarbazepine, topiramate, zonisamide, and rufinamide.

How safe is medical Cannabis?

Medical cannabis has a better safety profile in comparison to many other medications. There have been no reported deaths due to overdose and this is mainly due to a lack of CB1 receptors in the brainstem cardiorespiratory centre. Contraindications include pregnancy and lactation; it should not be taken during pregnancy. It is also contraindicated in psychosis as it might exacerbate it. Medical cannabis should be used with caution in cardiac conditions, such as angina, as it can cause tachycardia and hypotension due to THC.

In clinical trials, adverse effects were predominantly relating to psychiatric events. Significant evidence from clinical studies support an association between cannabis use and an increased risk of psychosis and schizophrenia.

Similar to those seen in tobacco smokers. It is also associated with changes in certain lung functions with frequent, long term use. However, it is unclear if there is an association between chronic heavy cannabis smoking and chronic obstructive pulmonary disease. Smoking should be avoided if COPD and asthma are present.

MacDonald E, Adams A. The Use of Medical Cannabis with Other Medications: A Review of Safety and Guidelines – An Update [Internet]. Ottawa (ON): Canadian Agency for Drugs and Technologies in Health; 2019 Sep 27. Available from: https://www.ncbi.nlm.nih.gov/books/NBK549545/